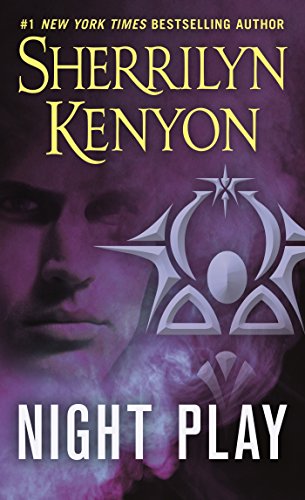 Can a gorgeous werewolf with magical powers and an overweight boutique owner with a broken heart have a future together? They can in Kenyon's fantastical world, which imagines a contemporary New Orleans teeming with vampiric Daimons, immortal Dark-Hunters and various were-bears, leopards and wolves. Vane Kattalakis is a lone wolf in every sense. His brother, Fang, is in a coma; his werewolf father wants to kill him; and his mostly human mother, who was taken by force by Vane's father, would happily see them all dead. But after Vane shares a sizzling sexual encounter with Bride McTierney, he realizes his life is about to change. Bride is Vane's "predestined mate," which means that he has three weeks to convince her to be his partner or he'll spend the next several decades impotent and alone. Vane's gentle, protective manner and "ripped" body appeal to Bride, but she can't help wondering: if they were to get together, would they have puppies or babies? Kenyon's tale, while amusing at times, borders on the ridiculous. The rules of her world change constantly, and her male characters are all formed from the same tall, dark and dangerous mold. Bride, meanwhile, is a mere cipher, and though the sex scenes between her and Vane are titillating, their romance is nearly nonexistent.