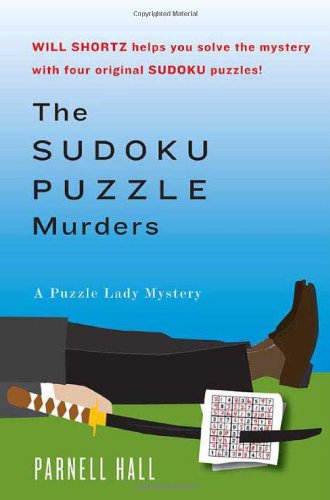 When a man with half his head sliced off is found behind the abandoned Tastee Freez in Bakerhaven, Conn., near the start of Hall’s fast-paced ninth puzzle lady mystery (after 2006’s ), the chief clue is in the victim’s pocket—a clipping from a New York City newspaper containing a sudoku and a crossword puzzle. Coincidentally, the puzzles are the work of “Puzzle Lady” Cora Felton, though Cora’s niece, Sherry, secretly composes the puzzles. The two suspects in the murder (committed with a samurai sword) are Japanese publishers, each vying for a book contract for a collection of Cora’s sudokus. Quirky characters and humorous dialogue help lighten the somewhat tedious details of the convoluted plot. puzzle expert Will Shortz supplies four sudokus for readers to solve.