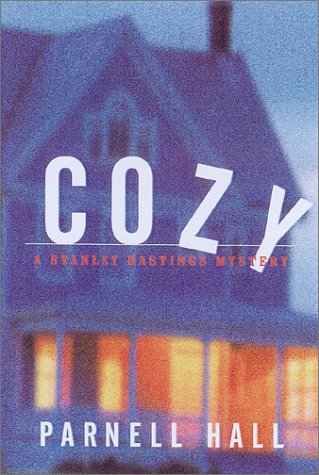 Ingenious plotting and a hefty dose of humor offset an underlying silliness in Edgar and Shamus–nominee Hall's 14th novel featuring his New York City PI, Stanley Hastings (; ; ; etc.). Stanley and his henpecking wife, Alice, slip away for a week's vacation in the New Hampshire mountains while their son, Tommie, goes off to his first sleep-away camp in Vermont. Unfortunately, after all his tiring hiking and less than romantic nights at the Blue Frogs Inn with its paper-thin walls, Stanley finds himself on a busman's holiday when two guests at the B and B are murdered. The first victim, gorgeous blonde Christine, is poisoned in the middle of the cocktail hour while sharing a booth with lean, handsome Lars—her boyfriend (or is it husband?). Just a day or two later a nosy tourist, Mrs. McInnerny, is found in her room with a kitchen knife sticking out of her chest. Since Pinehurst, the local police chief, is incompetent, Stanley must take over the investigation. Eventually, a frisky dog and a dour cat come into the picture, not to mention blue frogs of every nature, particularly those on the guest-room doors. The coziness often verges on gooeyness, while the author makes no effort to convey the beauty of the mountain setting. The book's real strength is its plot, which has a certain crazed logic that will keep most readers turning the pages. The B and B chef's yummy recipes are also a plus.