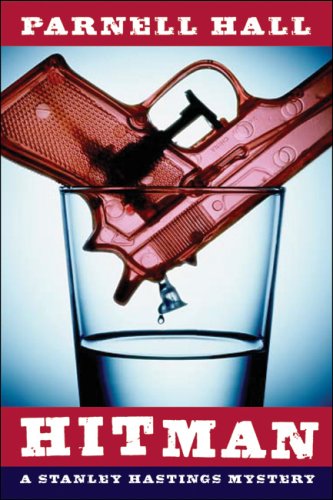 Stanley Hastings, the hapless PI who’s recently taken somewhat of a backseat to Hall’s Cora Felton “puzzle lady” series ( , etc.), reappears for his 16th case, the first since 2003’s . Not to be confused with the macho type who carries a rod and gives or takes a beating in the course of his investigations, Stanley is more likely to have his ego beaten down by his caustic wife, Alice; long-suffering Sergeant MacAullif; or profit-hungry lawyer Richard Rosenberg, Stanley’s only steady client. When hit man Martin Kessler retires before completing his final contract and hires Stanley to protect him from his irate employers, the bodies—and the absurdities—start piling up. The laughs aren’t as frequent as in Stanley’s prior outings, but the convoluted conclusion produces the kind of rueful groan elicited by a good shaggy dog story. It’s good to see Stanley returning to the lists, even in such a humble offering.