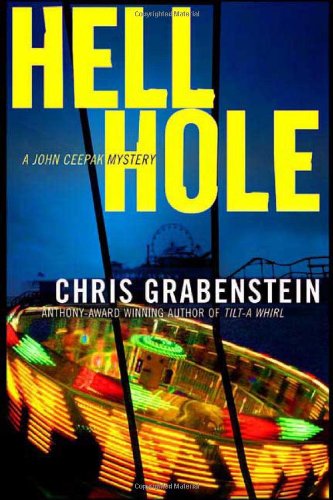 John Ceepak and his rookie sidekick, Danny Boyle, of the Sea Haven, N.J., police force look into the apparent suicide of Cpl. Shareef Smith, an Iraqi war vet whose body is discovered in a men's room at a Garden State Parkway rest stop, in Grabenstein's entertaining fourth John Ceepak mystery (after 2007's ). The loose plot involves a group of local-yokel thieves, a major drug dealer, a squad of soldiers fresh from the Iraqi battlefields and a blowhard senator who's running for president. As ever, the fun derives chiefly from the comic byplay between Danny, who's young, inexperienced and interested in girls and beer, and Ceepak, a straight-shooter who speaks like a robot and adheres to a strict moral code (“I will not tolerate those who lie, cheat, or steal”). While some readers may find Danny's narrative voice a tad annoying, even the grumpiest won't be able to resist the occasional smile. (