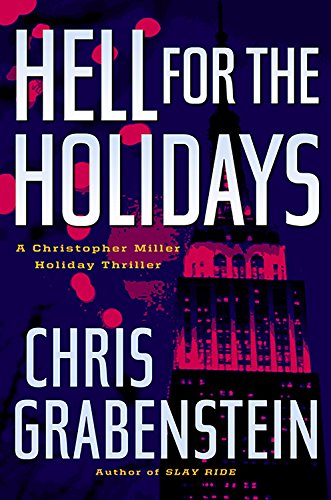 Hell for the Holidays: A Christopher Miller Holiday Thriller

When kidnappers seize seven-year-old Carlos Acevedo, the son of a U.S. customs agent, on Halloween, Jersey City FBI agent Christopher Miller swings into action in Grabenstein's gripping second holiday thriller (after 2006's ). Miller's sidekick, Lieutenant Cimino, wonders why Carlos would be abducted without ransom demands. Meanwhile, Miller's own seven-year-old daughter, Angela, remains traumatized from an encounter with a “monster” Santa who held a gun to her head the previous Christmas. Hiding at a remote Wyoming hunting lodge is the mastermind behind these crimes, Dr. John Tilley, with a demonic plan to take over the nation and save Western civilization. In New York City, an embittered ex-GI awaits orders from Tilley, “a visionary and prophet,” for the next operation. In a spectacular finish, SWAT teams close in on home-grown terrorists planning an attack on the Macy's Thanksgiving Day parade. This rapid-fire entertainment is sure to please Grabenstein's fans.