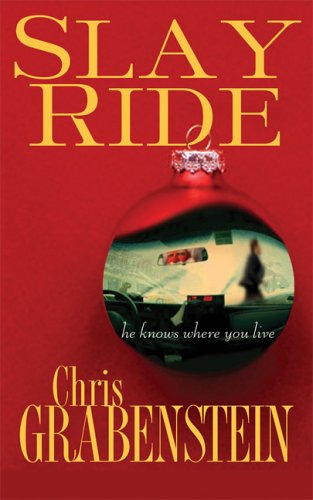 At the start of Grabenstein's riveting third novel (after 2006's ), ad exec Scott Wilkerson makes the fatal mistake of complaining about his driver after a wild taxi ride to Newark airport. Lucky Seven cabs are dispatched from Brighton Beach, Brooklyn, where "Thieves in Law," a Russian exile mafia, rule the roost. Driver Nicolai Kyznetsoff (aka "Grandfather Frost" with a Santa hat) plans to settle the score with Scott at his "dacha," a broken-down cabin in the Pennsylvania woods. A gripping subplot finds off-duty FBI agent Christopher Miller on the trail of the "Man in the Moon," a serial killer who has been taking out cab drivers with every full moon on the Jersey shore where Scott and his family live. These two intrigues connect after Miller uncovers a money-laundering scheme in Brighton Beach. Not for the weak of stomach, this Christmas-season thriller involves raunchy strip shows and graphic KGB-style executions.