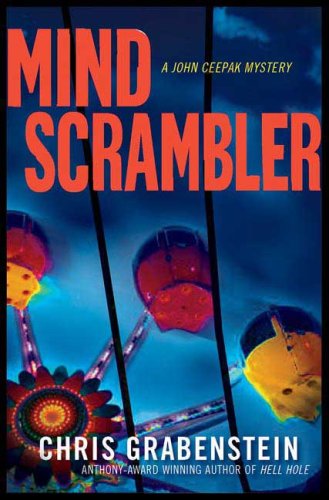 Grabenstein’s appealing fifth John Ceepak mystery (after 2008’s ) finds ultra-straight-arrow cop Ceepak and his laid-back partner, Danny Boyle, on leave in Atlantic City. Soon after a former girlfriend of Boyle’s, the nanny for a smarmy stage magician’s children, approaches Boyle for advice, she winds up dead in a bizarre s&m ritual before she can explain the problem. The local police deputize the two Sea Haven, N.J., cops as more corpses pile up. Ceepak and Boyle aren’t too surprised that everyone is lying in a murder case involving professional illusionists with nasty secrets. Grabenstein has a good eye for the grit under a glitzy setting and a good ear for character-defining accents, including Boyle’s wry narrative voice. In less skillful hands, Ceepak might come across as a mere hybrid of Sherlock Holmes and Dudley Do-Right, but the author succeeds in making his hero’s earnest devotion to a rigid code of behavior both believable and moving.