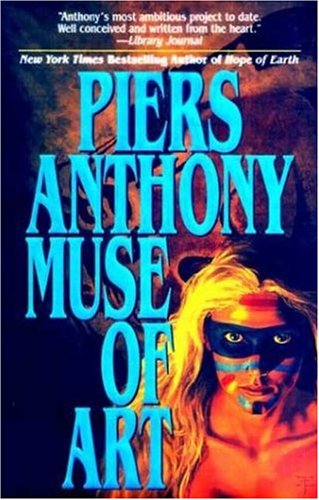 The fourth volume of the Geodyssey series explores the evolution and history of our species from the distant past (500,000 years ago) to the near future by examining the use of such diverse (and dubious) arts as curiosity, healing, story, expression, drama, seduction, arrogance, ploy and justice. Anthony creates a family of archetypes (Pul the Warrior, Heath the Healer, Od the Scientist, Dillon the Hunter, Bata the Wise Woman, Melee the Seductress, etc.) and sets them in different historical situations to show how each of these arts was used. The author is at his best explaining how science flourished: Ods curiosity about volcanoes helps save not only his life but those of other homo erectus smart enough to listen to a physically weak but intellectually superior man. Other scenarios, such as Melees interminable seduction of Dillon in the Olmec culture (around 900 B.C.), seem more like an excuse for peeking up a beautiful womans skirt. Anthony fails to impart a proper period flavor to the chapters, so both the writing and the history remain flat. Even after half a million years of civilizing arts, moreover, at the end of the novel, as at its beginning, men tell women what to do, women influence men through sex, and warlike stupidity still fractures mankind into small tribes bent on their own survival. In his introduction, Anthony refers to this as a message novel; the (likely unintended) message seems to be that the more things change, the more they remain the same. (May)
close
Details