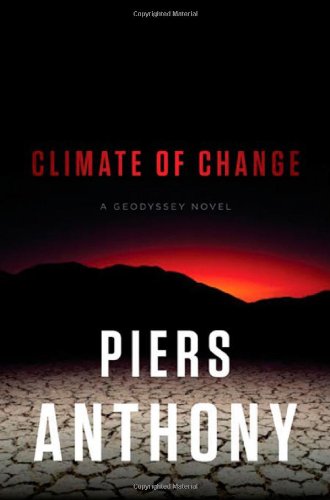 Anthony's fifth Geodyssey novel (after 1999's ) covers approximately 100,000 years of human evolution, moving at the speed of the glaciers he frequently describes. In between lectures on the development of human bodies and culture, a small group of archetypes with names like Hero, Haven, and Harbinger act out scenarios that demonstrate Anthony's ideas. The result resembles nothing so much as a middle-school textbook with cheery characters attempting to make learning fun, except that these characters are deadly earnest. Anthony's thesis that much of our evolutionary history was caused by climate change is fascinating, but his fictional mouthpieces do little to improve his heavy-handed narration. Readers familiar with the brilliant nonfiction work in this field will find this “message novel” inferior in both scholarship and prose.