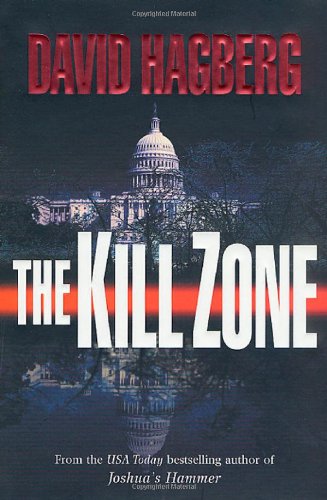 Hagberg () resumes his CIA thriller series featuring veteran agent Kirk McGarvey with this rousing entry. Happily reunited with his wife after a separation, 50-year-old McGarvey is ready for the slow lane after a quarter-century of service with the CIA, but his work isn't over—the president nominates him for the post of interim director, which would make him the youngest man ever to serve in that capacity. He jumps at the opportunity, but his "preternatural awareness" warns him that something's not right. His research assistant, Otto, discovers that former KGB doctor Anatoli Nikolayev has fled Moscow with an armful of old classified documents from the Network Martyrs File, which held the Cold War plans for the assassination of key U.S. government figures. The assassination plans were developed years ago by an old enemy of McGarvey's, but have somehow been reactivated now that McGarvey has been appointed to his new post. Rigged helicopters, exploding vans, faulty car brakes and killer skis place McGarvey, his family and Otto in grave danger, and an attempt on his pregnant daughter's life throws McGarvey's wife, Kathleen, into an emotional tailspin. Otto rushes off to France to get some answers from Nikolayev, while McGarvey tries to keep it together for his confirmation hearings as a callous senator dissects his long-buried, sordid past. In reliably meaty prose, Hagberg once again delivers compelling characters, animated political intrigue and a plot that speeds along at a steady clip.