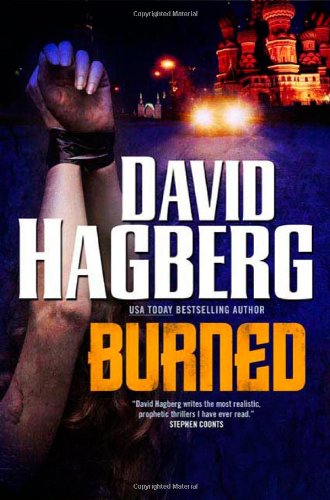 Australian Yvonne Bornstein—who was abducted along with her husband by Chechen terrorists in Russia in 1992 and wrote a memoir of her experience, —serves as the model for Patti Monroe, the heroine of this run-of-the-mill thriller from Hagberg ( ), who's updated the story to the post-9/11 world. Patti, an American businesswoman, and her husband, David, fly to Moscow to settle a dispute with their unsavory Russian partners. On the ride from the airport, their hosts stop the car, shoot David in the head and threaten to kill Patti as well. The thugs hold Patti for a $20 million ransom, which is to be used to help al-Qaeda get a nuclear weapon into the U.S. During Patti's brutal ordeal, the FBI works with the MVD, a KGB successor, just as the U.S. and Russian agencies cooperated on the Bornstein kidnap case. Patti's transformation into an action heroine may strike some readers as improbable, despite her training in self-defense years before.