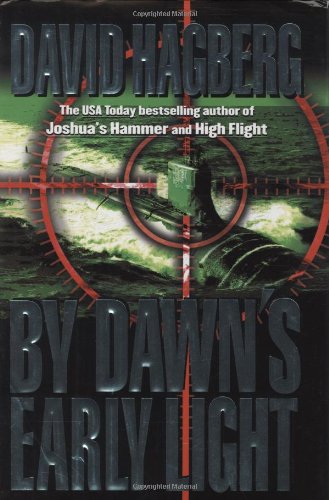 Hagberg takes a hiatus from the hair-raising adventures of CIA agent Kirk McGarvey (; ; etc.) to offer this gripping, Clancyesque cat-and-mouse sea chase featuring a state-of-the-art U.S. nuclear submarine and an enemy sub of unknown origin. In the Bay of Bengal, the crew of an oceanographic research vessel witnesses a submarine fire a laser into the sky; moments later, they're blasted out of the water. Meanwhile, in the Pakistani desert, four Navy SEALs, including Scott Hanson, the U.S. president's brother, covertly watch the test of a small hydrogen bomb. They manage to get a message to Kuwait City and shoot down a Pakistani helicopter before being taken prisoner and tortured. The president and his staff conclude that the sub in the Bay of Bengal fired the laser to damage a U.S. spy satellite and thereby prevent surveillance of Pakistan's preparations to unleash a nuclear strike on India. Cmdr. Frank Dillon Jr., skipper of the nuclear sub , is ordered to launch a team of Navy SEALs into Pakistan to rescue their captive teammates. When a highly placed spy in Washington betrays the mission, the is diverted back to the Bay of Bengal to try to stop the mystery submarine from again disabling the spy satellite, now scheduled for repair by a team of astronauts. Superb pacing moves well-drawn characters toward nuclear brinkmanship, and the slight surplus of military nomenclature and government agency alphabetese is easily overlooked in this spellbinding read.