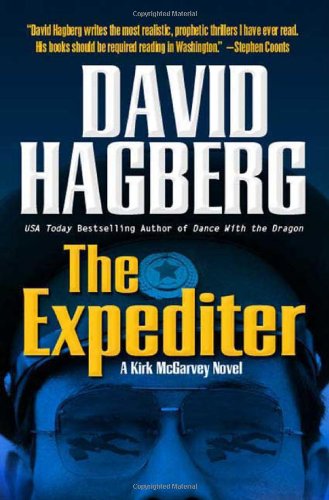 When two people in North Korean police uniform gun down Gen. Ho Chang Li, an important Chinese intelligence official, in Pyongyang, the prospect of nuclear war between China and North Korea becomes all too real in this routine political thriller from Hagberg ( ). North Korean intelligence officer Pak Hae, who must prove that his country’s leader, Kim Jong Il, didn’t order the hit on Ho, turns for help to former CIA director Kirk McGarvey, whose previous successes include killing Osama bin Laden. Pak has captured one of the two assassins, who under interrogation has revealed that he worked for a Russian paymaster. As McGarvey gets on the trail of those behind Ho’s murder, the search follows predictable lines, including a hunt for a high-ranking traitor within the CIA. Readers looking for the insight into North Korean society offered by James Church’s Inspector O novels ( , etc.) will be disappointed.