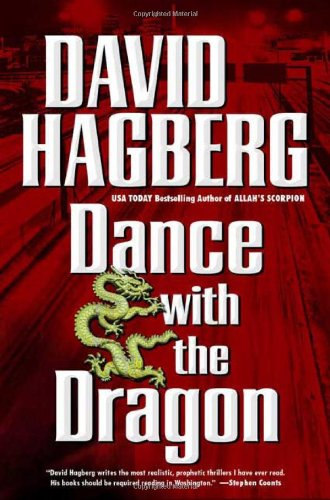 Dance with the Dragon

In Hagberg’s solid 10th thriller to feature ex-CIA director Kirk McGarvey (after ), McGarvey leaves retirement to look into the shooting death of a CIA operative in Chihuahua, Mexico. At the center of the mystery is Chinese superagent Gen. Liu Hung, who from his embassy compound in Mexico City throws lavish parties replete with underage whores for Mexican and U.S. officials. This is an espionage tale of deep intrigue, puzzles wrapped in enigmas, triple crosses and brutal murders perpetrated by ruthless killers—and those are just the CIA guys. At times, the action slows while traditional tradecraft is meticulously described and various characters sit around tables trying to figure out what’s really going on. Hagberg is known for being prescient about terrorist events, and the finale sets up the terrifying challenge McGarvey will face in the next installment. One can only hope America’s real-life enemies haven’t thought to study this series.