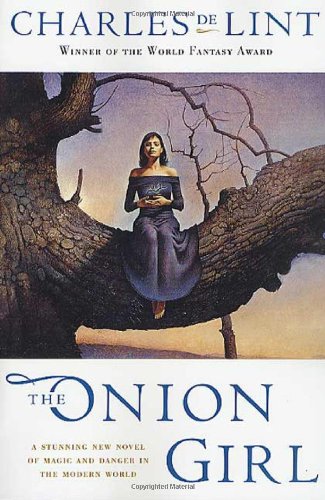 Life is truly an act of magic in Canadian author de Lint's triumphant return to Newford, his fictitious North American city, with its fascinating blend of urban faerie and dreamworld adventures. When Jilly Coppercorn becomes a victim of a hit-and-run driver, her happy life as a popular Newford artist comes to a screeching halt. Half of her body, including her painting hand, no longer works properly, and the prospect of a long recovery, despite supportive friends, depresses her. Her dreams—the only escape she enjoys—connect her to friend Sophie's dreamland of Mabon. Another friend, of otherworldly origin, Joe Crazy Dog, calls it , a place where magic dwells amid mythic creatures and e-landscapes far away from the World As It Is. Joe also knows that's where Jilly must heal what has broken inside herself to speed recovery of her physical body. Complications ensue when her friends discover that someone broke into the artist's apartment after the accident and destroyed her famous faerie paintings. De Lint introduces yet another intriguing character, the raunchy, wild and furious Raylene, as dark as Jilly is light, who deepens the mystery. Is she Jilly's shadow self, or a connection to a past Jilly would rather forget? This crazy-quilt fantasy moves from the outer to the inner world with amazing ease and should satisfy new and old fans of this prolific and gifted storyteller, whose ability to peel away layers of story could earn him the title "The Onion Man."