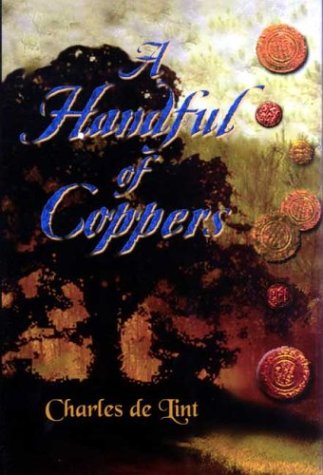 This collection of early tales, some of them unpublished, is essential reading for fans of World Fantasy Award-winner de Lint (). The six Aynber and Thorn yarns that open the volume ("Wizard's Bounty," etc.) are chock full of slashing swords, magic and evil sorcerers, but lack depth. The three set pieces about Colum mac Donal, an outlawed Irish berserker who becomes part of King Arthur's Knights of the Round Table, exhibit more compassion and better plotting. The last and most compelling Colum piece, "The Fair in Emain Macha," deals with his return to his family in Ireland and the subsequent "King-Breaking." Somewhat atypical is "The Skin & Knife Game" (co-written with Lee Barwood), a fantasy-horror mélange of creepy madness. All the stories are short and a bit light on the wordsmithing readers have come to expect from this master fantasist, but they are nonetheless fun to read and right on target for the sword-and-sorcery crowd.