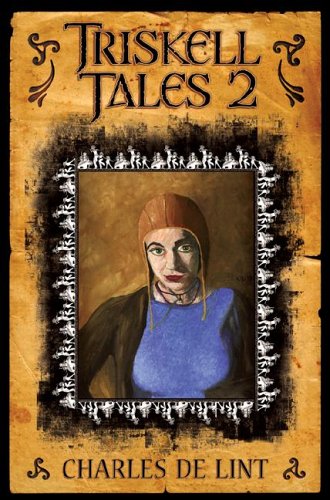 Acclaimed Canadian fantasy writer De Lint offers this much more polished follow-up to (2003) as an uplifting antidote to the real world, which is "turning into a darker and stranger place." Set in the bohemian Lower Crowsea neighborhood of fictional Newford, an urban oasis where artists and dreamers share espresso bars and galleries with fairies, goblins and sprites, these seven stories—originally written as annual "Christmas cards"—center on people searching for companionship and spiritual comfort. The first four tales are sweet-tempered vignettes of humans helping and helped by fairies. More memorable are the final three, which illuminate Newford's darker regions. "Da Slockit Light" explores true hunger and the tenuous nature of freedom, while "The World in a Box" and "This Moment" speak to the responsibility that comes with the "gift" of fairy magic. It's hard to fault De Lint's desire to soften the harsh realities of today's world, though some readers may find these stories a bit slight when weighed against the book's cover price.