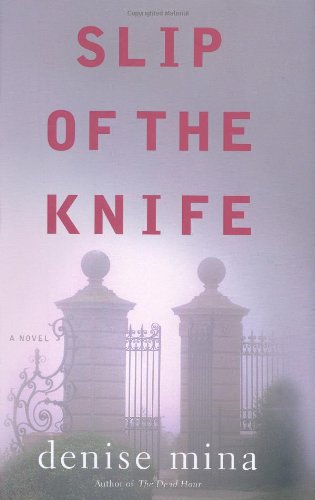 Slip of the Knife

Set in 1990, Mina's superb third thriller to feature Paddy Meehan (after 2006's Edgar-finalist ) finds the Glaswegian journalist embroiled in the most politically charged and personal story of her career. When the corpse of Meehan's ex-lover, journalist Terry Hewitt, turns up in the countryside near Port Glasgow, everything points to an IRA execution. After Meehan discovers that Terry willed her his notes and a house in the country, she decides to investigate his murder. Distracted by the imminent parole of Callum Ogilvy—the young cousin of her ex-fiancé convicted for his role in a child's murder in (2005)—Meehan soon realizes that everyone from the Scottish police to the IRA is intent on keeping the motive for Terry's death a secret. When Terry's colleague is killed and her own young son is threatened, Meehan knows she must uncover the men responsible before she becomes their next victim. This gripping read, with its intricate plotting and realistic regional dialogue, will leave even the most astute reader guessing until the end.