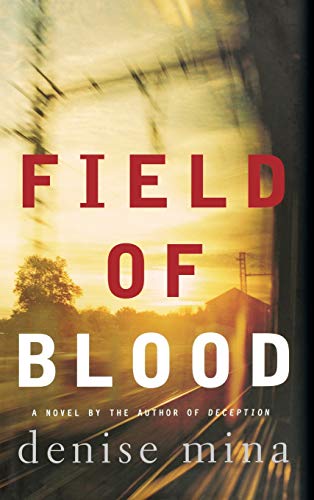 If this novel were a movie, filmgoers would tag it the one to beat for the Oscars. Beyond creating sweaty physical tension, the brilliant Mina may have invented a subgenre: moral suspense. Patricia "Paddy" Meehan, a copygirl at Glasgow's , has struggled with issues of goodness since childhood. "I knew I was lying when I made my first communion," she confesses to fiancé Sean Ogilvy the night she delivers other shockers. She won't marry him. And she wants his help interviewing his 10-year-old cousin, Callum, who's been charged with murdering a toddler. Scots are deemed legally responsible at eight, but Paddy sees Callum as another victim. Paddy, who shares a nickname with a career criminal wrongfully imprisoned for murder, can't tolerate injustice. At the heart of the plot is her decision pose as colleague Heather Allen when she makes dangerous inquiries, a choice that spells death for the real Heather, who's everything Paddy isn't: slim blonde whistle bait—and ambitious enough to steal a story from Paddy. After Heather's murder, the reader writhes, not just because Paddy's in danger but because a moment of awful truth awaits her. Mina spins the complexities in the rough music of her working-class Scots, unsparing of brutal details, but unfailingly elegant in her humanity.