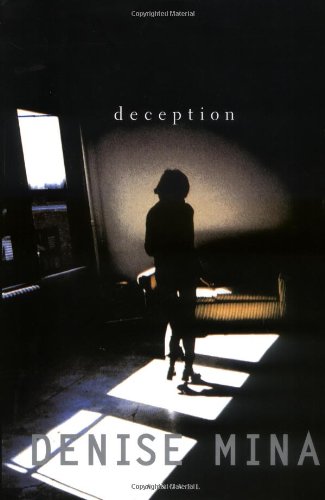 When psychiatrist Susie Harriott is convicted of murdering Glasgow serial killer Andrew Gow, her husband, Lachlan, embarks on a frantic search for material that may help with her appeal. But in going through her files, he finds layer upon layer of nasty secrets... or does he? Lachlan's diaries tell the dark and complicated story, claiming, variously, both absolute fact and deliberate fantasy. In medical school when he met Susie, Lachlan gave up his day job to be a house husband and dream of being a writer after the birth of their daughter, Margie, now a toddler. Deception (and self-deception) abounds, including the inevitable dalliance between Lachie and the au pair, Yeni, who shares her employer's primal hunger for sticky childhood candies. But it's voice, not event, that grabs hold of the reader and won't let go. Lachlan Harriott immerses us in his obsessions; like Nabokov's Humbert Humbert, he repels and commands sympathy in the same instant. He is a charming, comic, intelligent narrator—and a man who might happily see his wife rot in prison, not for murder, but for the greater sin of rejecting him. Susie herself is seen as if through a long lens that can barely contain her beautiful, sorrowful image; what she did or didn't do is less compelling than what her husband reveals (or invents) about himself in his new life after her conviction. Mystery lovers have lately been looking to Scotland, in part because of Mina's fast-growing reputation; this stunning new work can only bolster the trend. .