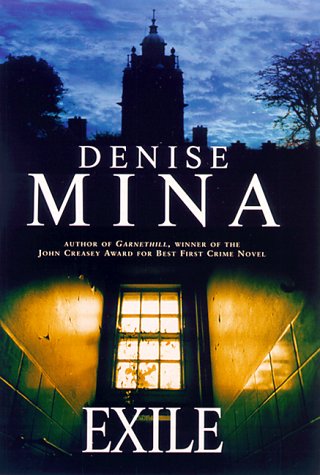 Following her Creasy Award-winning debut, Garnethill (1999), Mina delivers a second powerful novel with the same self-destructive characters, notably protagonist Maureen O'Donnell, and the same grim, gritty British locales. Maureen, while working at a shelter for abused women in Glasgow, gets pulled into the search for a missing shelter client, Ann Harris, the wife of her friend Leslie's feckless cousin, Jimmy. When Ann's mutilated corpse turns up in the Thames, Maureen agrees to go to London to investigate for Leslie, in part to escape her depressing life, burdened by flashbacks to her lover's murder, fights with her new boyfriend, a job she dislikes, estrangement from her alcoholic mother, and a long-absent abusive father whose sudden return frightens her and haunts her dreams. In seedy Brixton, a closed and suspicious community where grungy exile Glaswegians deal dope and brutalize one another, Maureen soon discovers to her peril that Ann was running dope and money between London and Glasgow for a violent criminal. All the characters are richly drawn, though especially brilliant are Mina's depictions of the forlorn JimmyDunemployed, hapless, lovingly caring for his four ""weans""Dand of the ambivalent Maureen, aggressive and needy, independent yet desirous of affection, confident of the future but unable to purge the demons of her past. This is the second in a planned trilogy by a writer of stunning talent and accomplishment. (Mar. 1)
close
Details