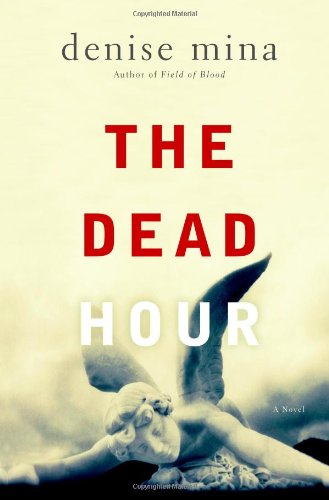 Set in Glasgow in 1984, Mina's riveting second thriller to feature Patricia "Paddy" Meehan (after 2005's ) opens with the 21-year-old crime reporter for the following up a late-night disturbance complaint at a Victorian villa in the posh suburb of Bearsden. The tall, attractive man at the door assures Paddy, as he had the police, that the incident won't happen again. Behind him is a blond woman with a bloody face—Vhari Burnett, a well-respected political activist and lawyer. The man bribes Paddy, as he had the police, to keep quiet. The next day the news of Vhari's murder dismays the normally scrupulous Paddy. When a suicide is fished out of the river, Paddy begins to connect the two deaths. Meanwhile, Vhari's cokehead sister, Kate, is on the run from Vhari's killer, and Mina skillfully alternates Kate's desperate point-of-view with that of Paddy, who's determined to do the right thing and bag the story. Hopefully, this won't be the last breathless adventure for one of the most entertaining reporter sleuths in recent crime fiction.