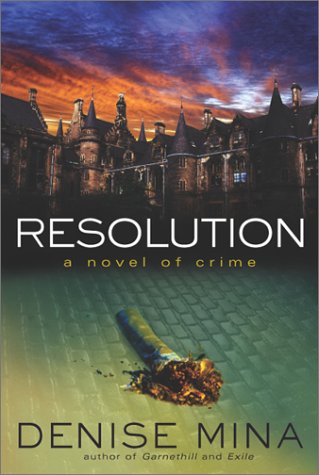 In this powerful, disturbing, wrenching conclusion to the Scottish author's Garnethill trilogy (; ), the sense of everydayness renders the horrors Mina's Glaswegians confront even more terrible. Forced prostitution, child sexual abuse, alcoholism, dysfunctionality of every kind—all are not so much spotlighted as they are integral parts of the fabric of the characters' lives. But for Maureen O'Donnell, whose continued existence is a triumph of will, there's also a strong sense of family and friendships forged in the crucible of survival. Maureen and her friends Leslie and Kilty are as unlikely a trio of dragon-slayers as one might find. With trepidation, Maureen awaits the trial of her lover's murderer, Angus Farrell, whose evil threatens her even while he's in jail. And Maureen's abusive father, Michael, has returned to Glasgow and she fears for her sister's soon-to-be-born baby. Maureen's efforts to help an illiterate old woman fill out a legal complaint against her son lead her into more danger and ugliness. The sordidness and the seemingly insuperable odds Maureen faces make her retreat into alcoholism seem appropriate. Thanks to Mina's considerable narrative skills, the Glasgow of Paddy's flea market, Albert Hospital and the area near the bus station where street prostitutes hang out emerges in gritty clarity. The novel culminates in a startling crescendo of violence, vengeance and resolution.