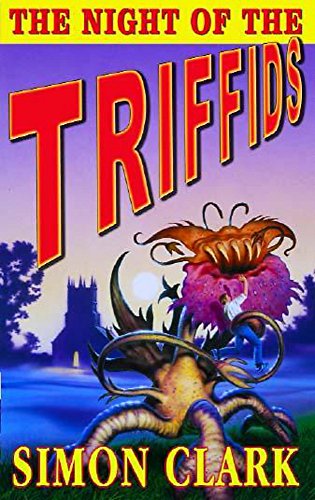 THE NIGHT OF THE TRIFFIDS

In John Wyndham's (1951), mankind is overtaken—and much of it blinded—by the demonic walking plant of the title, a monster created in a lab in an act of Cold War profiteering. Clark (, etc.) picks up the story more than 25 years later, puts a new narrator at the helm and spins a brisk and engaging adventure-cum-horror yarn. Clark's narrator is David Masen, son of scientist Bill Masen (the protagonist from Wyndham's book). The Masen family, along with a handful of other survivors, has set up an outpost on the Isle of Wight, and have gone about rebuilding society. A major part of this renewal involves a particularly bizarre idea called the Mother House, a convent-like home where women spend their lives giving birth over and over again. All seems well, until one morning when the sun doesn't rise and the triffids, long thought condemned to the mainland, attack. Clearly marketed as a genre horror title, this crafty continuation is elegant in its construction. Clark's prose is clean, thoughtful and perfectly suited to his faux doomsday-memoir approach. Less cautionary than the original, but more literary than many books of its ilk, this is a truly enjoyable voyage.

The Night of the Triffids