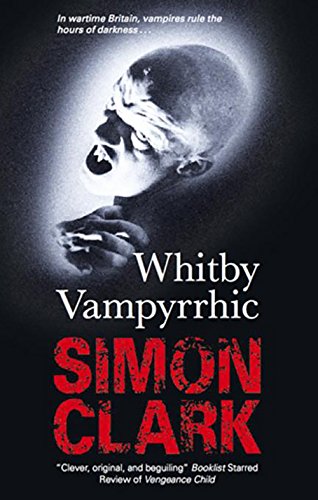 Readers looking for the imaginative plotting and exploration of character that Clark displayed in , his clever sequel to John Wyndham's classic , will be disappointed by this cookie-cutter story of an English town infested by the undead, set during WWII. Two friends, Beth Layne and Sally Wainwright, come to Whitby, which figures prominently in Bram Stoker's , to act in a film whose purpose, according to its director, Alec Reed, “is to explain what it is like to live in the Britain of 1942.” Instead, the two actresses and Reed wind up engaging in heroic efforts to slay all the vampires who are plaguing the area. Clark fails to generate many chills, nor does he make the most of his idea that these English bloodsuckers are somehow connected to the Norse gods.