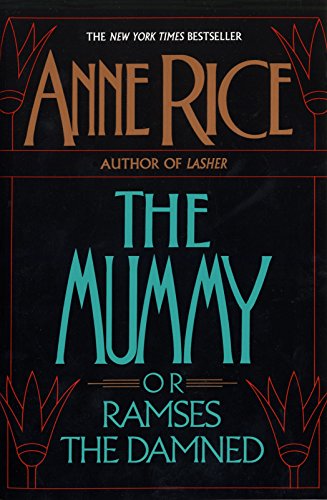 The Mummy or Ramses the Damned

An uneasy marriage of romance and horror, this potboiler, first of a projected series, is marinated in sentimentality, melodrama and absurdity. In 1914, Lawrence Stratford, a shipping mogul-turned-archeologist, discovers the tomb of an ancient Egyptian ruler whose mummy supposedly already graces the Cairo Museum. The mummy witnesses the murder of Lawrence by his greedy nephew, Henry, and, back in England, where it's on display in the Stratford mansion, the mummy intervenes when Henry tries to kill Lawrence's beautiful daughter, Julie. The mummy turns out to be Ramses the Second, of superior looks, brains and virility despite his advanced years (3000), rendered immortal by an elixir. Julie falls madly in love, dresses Ramses in her late father's clothes and finally--after too many pages--succumbs (``Batter down the door. . . . The virgin door. Open it, I am yours forever.''). But Ramses pines for Cleopatra, with whom he dallied a thousand years after his own reign; he immortalizes her mummy and unleashes a killer-monster. Missing a ripe opportunity to skewer 20th-century values and sexual mores, the prolific, bestselling Rice (the Vampire Chronicles), ever-fascinated with the undead, avoids character and plot development, larding largely lifeless, sloppy prose with a surfeit of epiphanies and calamities. Author tour. (June)
close
Details