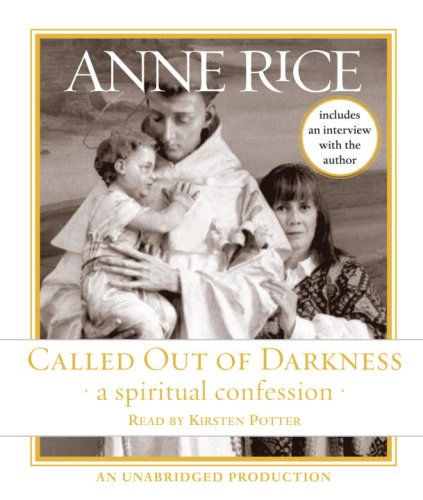 Called Out of Darkness

Rice’s long-awaited spiritual memoir details growing up Catholic in New Orleans in the 1940s and ’50s, her 38-year absence from the Church as an adult and her slow but steady return to faith in the late 1990s. Kirsten Potter has a beautifully modulated voice, but seems too young for the autobiographical musings of Rice, who was born more than a generation earlier. It would also have been lovely if the audio version offered musical chanting and singing of the Latin cadences Rice discusses in the memoir as being so instrumental in forming her faith, instead of just spoken recitations of them. However, the audio does offer a welcome bonus: more than 20 minutes of an intimate interview with Rice, conducted by a friend who is a Catholic priest. She discusses her childhood faith, love of Saint Francis and new desire to write a Christian fantasy series.