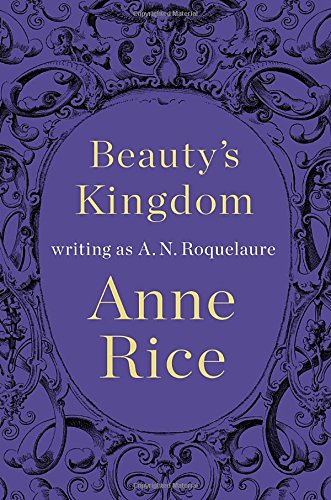 Beauty's Kingdom gets a thumbs-up.

Rice's characters have matured along with her readers' sensibilities. In the original books, Beauty was a terrified teenager, enthralled with this world of sexual slavery she'd been forced into. Now she is an adult choosing the kingdom and its demands with eyes (among other things) wide open.

And provocative it is. If it's difficult to shock Anne Rice fans, it's usually because we've read so many Anne Rice books. Yet a certain plot development late in the book left me wide-eyed. Well done, Mistress Anne. Early in Beauty's Kingdom, Prince Alexi chides another character for doubting King Laurent's devotion after his long absence: "You of all people should know the enduring bond that exists between a true mistress and a true slave." I know this bond indeed, which is why I returned to Rice's Sleeping Beauty series as Beauty returned to Bellavalten%E2%80%94with pleasure. (Apr.)

Tiffany Reisz is the author of the Original Sinners series (Mira).