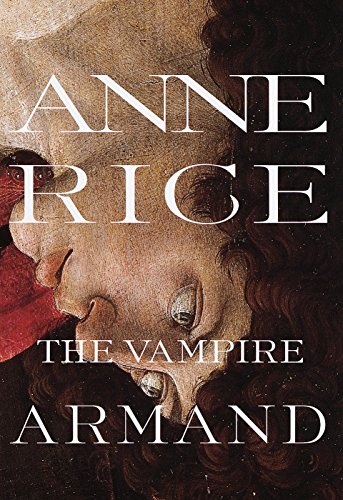 Fantasy's great advantage is that authors can make anything happen--even rewriting their own stories, as Rice does here. Readers of her 1995 novel, Memnoch the Devil, will recall that the vampire Armand ended his existence by stepping into the sun. Since he was a popular character from earlier tales, a resounding protest from fans followed. In response, Rice concocted a way in this, her seventh Vampire Chronicle since Interview with the Vampire (1976), to raise Armand from the dead. He is, in fact, the narrator of this story, in which he looks back on his earthly existence, revisiting his apprenticeship in 16th-century Venice to the regal vampire artist, Marius De Romanus, who saved his life with the kiss of immortality. Afterward, Armand returned to his Russian homeland, but when disaster parted him from Marius, he became the nihilistic leader of a pack of Parisian vampires. Rice offers exquisite details of erotic romps and political intrigues while reprising other material familiar to her fans, but finally returns to the pressing question of what happened to Armand in the sun's lethal rays. She supplies a vivid and resonant description of the experience, set against the counterpoint of Beethoven's Appassionata. Unfortunately, she dims the effect by dragging Armand through rambling scenes involving two odd children, Sybelle and Benji. Otherwise, this is a lavishly poetic recital in which Armand struggles with the fragility of religious belief. The final scene is a stunner. Editor, Victoria Wilson; agent, Lynn Nesbit. First printing 750,000; BOMC main selection; simultaneously available in audio and large-print editions. (Oct.)
close
Details