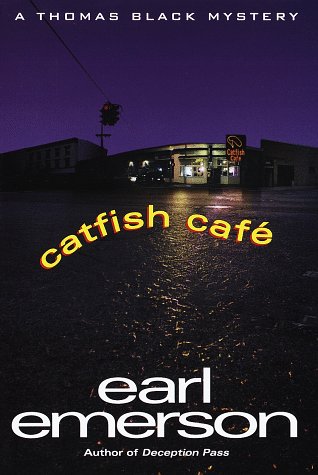 Emerson's works, consistently fast-paced, moving and richly evocative of the Pacific Northwest, often create more questions than they answer. In this 11th in the Thomas Black series (Deception Pass, 1997), the roots of the mystery stem from old secrets haunting the extremely dysfunctional extended family of Black's former police partner, Luther Little. Little, an African American, asks Black, a PI, to help him locate his missing daughter, Balinda, and find out who killed the young white man found dead in her car. Black is sure the answers lie in the family's past. In a number of beautifully written scenes, Emerson employs dialogue and description expertly to reveal character: the victim's fianc e preventing his father from robbing her of all her mementos; Black interviewing the dead man's astute, dying mother; Balinda's grandmother asking Black puzzles to avoid answering his questions. The story, which includes another murder, is tantalizing, complex and engrossing, fueled by themes of prejudice and parental responsibility that cut across race, class and gender. By its conclusion, Little's remaining family members are drawn closer together, but the solution, which lies in the present, not the past, will likely leave readers more interested in the mysteries and variety of human behavior than in explications. (Aug.)
close
Details