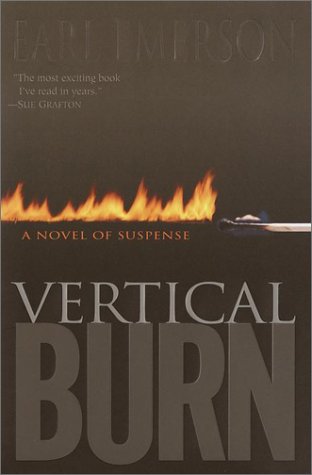 Seattle fireman Emerson, of Shamus Award–winning Thomas Black detective series fame, returns with his 12th novel—a tale of arson, intrigue and sublimated rivalries among Seattle firefighters. John Finney, son of a retired fire chief and brother of a 21-year veteran, is haunted by the fire that killed one of his colleagues and placed him under departmental suspicion. Finney thinks the fire was arson, but can't prove it—until two other fires erupt under even more suspicious circumstances, killing another one of his partners. In short order, the mistrust of Finney's colleagues flares dangerously close to criminal prosecution, while a mysterious rogue fire engine tries to run him down. Finney starts up his own investigation of the fires, and even manages to spark up a romance with Diana Moore, the department's only female firefighter. But when Finney's amateur sleuthing turns up a crooked business tycoon and an arson insurance scam involving Seattle's tallest tower, Emerson turns up the heat. The novel is, as expected, long on details of firefighting and its incipient hazards, though there is little mention of the real and enduring conflicts between the investigative arm of firefighters and law enforcement. Newcomers to Emerson's work who enjoy thrillers like Suzanne Chazin's should find little to complain about; as an example of the genre, however, in plotting and dialogue ("I ain't seen nothing but this goddamn smoke. Thought maybe my first wife was in there cooking dinner.") this is at best a two-alarmer.