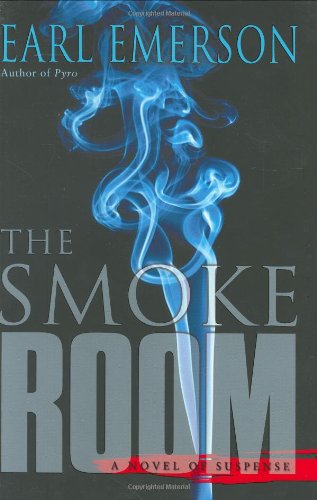 How can a book go wrong when it opens with the immediate aftermath of a pig's 11,000-foot drop into a Seattle home? The answer is: it can't, really. Emerson's compelling latest defies easy categorization. Its mystery elements echo his Seattle-based Thomas Black detective novels; suspense comes from the felony and coverup that lie at the center of the story; and then there's the comedy of the deliciously deadpan Jason Gum, narrator and rookie firefighter, which spins the novel out of any conventional genre. There is, though, a definite coming-of-age story, as rookie Jason learns the ins and outs of his challenging job, for starters. Jason's rocky affair with the lady of the pig-wrecked house, Iola Pederson (who's 20 years his senior), is just the first of many lessons he learns at this school of hard knocks. Additional plot developments involve a compulsive fire starter cum alarm puller and his stash of valuable bonds, as well as Jason's complicated relationships with his co-workers, Lieutenant Sears and bickering fellow firefighters Johnson and Tronstad. Indeed, the more spectacular firefighting set pieces act as McGuffins before the real story gets rolling. Character becomes plot when Jason runs afoul of the amoral and possibly evil Tronstad. Emerson is funniest when he's at his most serious—and vice versa—in this consistently entertaining and always surprising yarn.