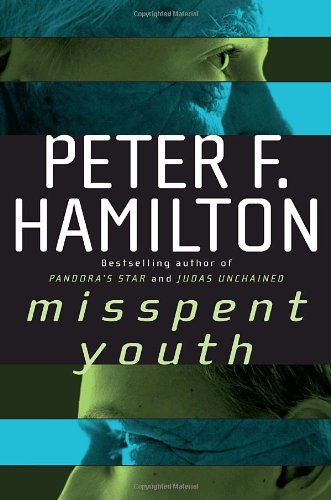 British space opera author Hamilton ( ) isn't quite up to his usual standards in this cautionary tale about tinkering with the human body. Several decades in the future, life has been revolutionized by the datasphere, the Internet's successor, made possible by the memory crystal. Its inventor, Jeff Baker, has been universally lionized following his altruistic refusal to patent the design. Baker, now 77, is selected by the Eurohealth Council as the guinea pig for a new biotechnology that replaces his aged genes, giving him the body of a 20-year-old. Unfortunately, the goal of the experiment—to have Baker's genius applied to energy conservation—is derailed by his raging hormones, which lead him to hit on every attractive woman in sight, including his teenage son's girlfriend. The predictable ensuing scenes of passion and parent-child conflict are not particularly interesting, and the unconvincing sentimental ending likewise disappoints.