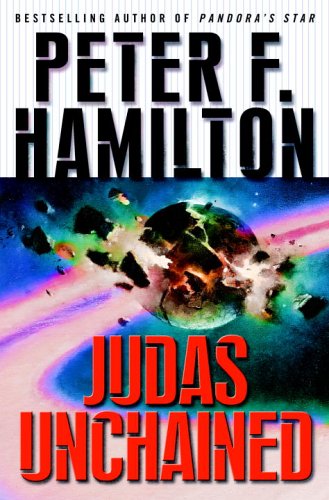 Set in the 24th century, bestseller Hamilton's richly satisfying space opera is less a sequel to (2004) than the second half of one dauntingly complicated, wonderfully imagined novel. The diverse human Commonwealth is fighting back against the implacably hostile mass-mind Prime, while discovering that agents of another hostile alien force are sabotaging war efforts. In a multitude of subplots, Hamilton adroitly leaps from the struggles of one engaging, quirky character to another. Meanwhile, the main action expands and the super-scientific weapons become increasingly terrible. Then the story shifts focus and presents a moral question: if it's now possible to wipe out the Prime, is it permissible to commit genocide? Hamilton demonstrates that humans not only can shape huge masses of data to their own ends but also can recognize when to stop doing so. Some of the people manage to transcend their small, personal concerns—sometimes. The density of detail may slow readers down, but the distinctive characters and the plot's headlong drive will pull them along. In more ways than one, this two-part work is monumental.