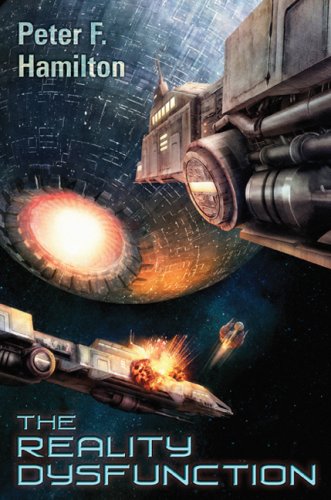 First published in 1996, this behemoth opening to the Night's Dawn trilogy takes humankind across the galaxy on a quest for profit that becomes a desperate battle for survival. Space scavenger Joshua Calvert begins shipping wood from the primitive planet Lalonde to the pastoral patrician planet Kulu despite a revolt among the prisoners who serve as Lalonde's forced labor. A greater threat lurks within Lalonde's intensely claustrophobic jungle: an energy virus that turns people into zombies and that even 27th-century biotechnology can't cure. Hamilton succinctly uses strong visual imagery to bring each culture and civilization to life. Only this relative economy of language allows so many plots, subplots and characters to be squeezed into over 900 pages. Elements of space opera, Straubesque horror and adrenaline-laced action make this a demanding, rewarding read.