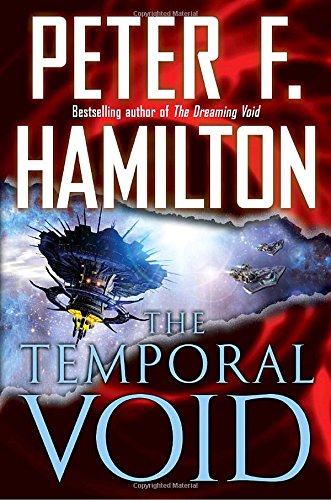 The shelf-bending and vastly satisfying sequel to 2008's continues the epic narrative chronicling humankind's potentially self-destructive search for existential and spiritual fulfillment inside an ever-expanding black hole at the galactic core. Hamilton seamlessly weaves together numerous unwieldy plot lines: as the millions of followers of the Living Dream plan a mass pilgrimage into the Void, others plot to stop their exodus, which they believe will only increase the Void's expansion and hasten the end of the galaxy. To complicate matters, the alien Ocisen Empire has allied with an old nemesis of humanity, the Primes, and their combined military might stands poised as a tremendous threat. Fusing elements of hard SF with adventure fantasy tropes, Hamilton has singlehandedly raised the bar for grand-scale speculative storytelling.