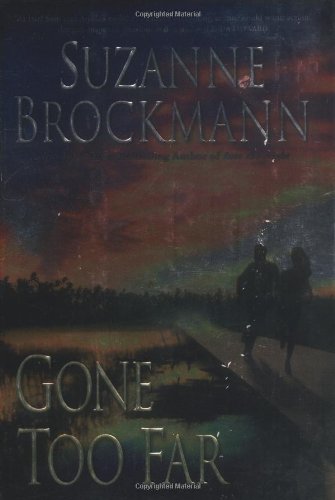 Tough-talking Navy SEAL Sam Starrett and FBI sharpshooter Alyssa Locke, who played supporting roles in Brockmann's four previous romances (, etc.), finally claim center stage in the author's suspenseful hardcover debut. Unfortunately, the oft star-crossed lovers must share the limelight with a plethora of characters from Brockmann's earlier SEAL Team 16 tales, which makes for an overstuffed and somewhat disjointed read. The book's primary and most compelling thread focuses on Sam and Alyssa's search for his daughter and almost ex-wife, who may have been kidnapped by terrorists. As the pair scour Florida, they slowly learn to trust each other. At the same time, Alyssa's boss, renowned FBI negotiator Max Bhagat, must deal with his attraction to a much younger woman, and Sam's former SEAL commander, Tom Paoletti, is all but accused of aiding terrorists. To top everything off, Brockmann throws in snippets of Sam's childhood friendship with Noah Gaines, a black boy he rescued from bullies, and includes her trademark—a WWII love story relayed through letters. Although Brockmann has effectively juggled several story lines in her previous romances, here she simply has too many balls in the air, and inevitably she loses track of a few. Still, the author's fans will find plenty of enjoyment in watching passion—and tempers—flare between Sam and Alyssa. New readers, meanwhile, will find that Brockmann has gone to great lengths to get them up to speed, and those who aren't discouraged by the book's slow start will find themselves drawn in by the characters' snappy dialogue and jam-packed lives.