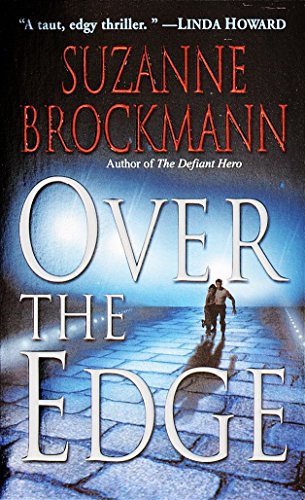 The elite SEAL Team 16 Troubleshooters squad is called upon once again to take down a group of terrorists who have hijacked a commercial airplane in this densely plotted romantic thriller. Amid the exhaustive drills and daily dramas of the mission, Brockmann (, etc.) weaves three romantic threads: a wistful WWII romance recalled by a Holocaust survivor; a turbulent relationship between SEAL Sam Starrett and FBI sharpshooter Alyssa Locke; and a burgeoning romance between the team's Senior Chief Stanley Wolchonok and helicopter pilot Teri Howe. When Teri asks Stan to help her keep a harassing officer at bay, his instincts are to comfort her and crush the officer. Instead, Stan arranges for her to accompany his team on a cushy training op that quickly turns into a real-life rescue mission. Teri doesn't mind being in the middle of the action, and she's eager to spend time with the fierce but compassionate senior chief. Meanwhile, Sam struggles to earn Alyssa's trust; the FBI's negotiator tries to keep his dealings with an American hostage from growing too personal; and the SEALs prepare to take out the terrorists. Taut suspense, sharp dialogue and splashes of humor help maintain the novel's swift pacing, and Brockmann's complex characters will capture the reader's sympathy.