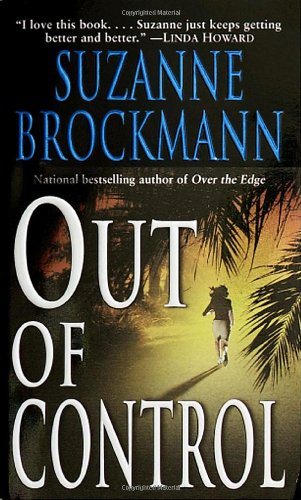 Blending several humor-garnished love stories into the best sort of cocktail, veteran romance author Brockmann () serves up a heady brew that readers are certain to savor. Computer wiz and Navy SEAL Ken Karmody changes a tire for grease-smudged damsel-in-distress Savannah van Hopf, cooks her dinner and ends up in bed with her—the beginning of a fantastic relationship, he believes, until Savannah shatters his dreams the next morning with her sheepish revelation that she had sought him out so he could help her negotiate her uncle's ransom in Indonesia. But sleeping with him, she insists, was never part of her plan. Feeling betrayed, Ken nonetheless accompanies her to Indonesia. Evading kidnappers plunges them deep into the jungle with few resources, forcing the two to rely on each other, rebuild their broken trust and rediscover their former passion. Meanwhile, Savannah's grandmother—a World War II double agent whose memories of her love for a supposed Nazi interweave with Ken and Savannah's jungle perils—rousts Ken's fellow SEALs and the FBI into organizing a rescue mission. A consummate and prolific storyteller, Brockmann consistently turns out first-rate novels that tug on the reader's heartstrings, and her latest is no exception. (.)