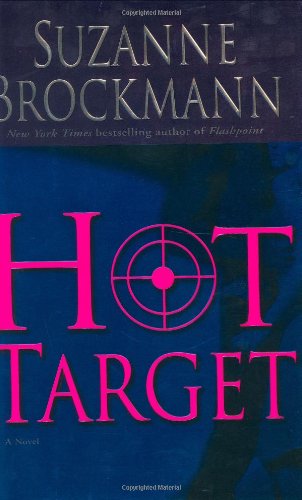 Known for her adrenaline-laced Navy SEAL romances, Brockmann displays a new, more political side in this brisk but bumpy romantic thriller, which advocates gay rights. Though the book follows the exploits of sexy, silent Cosmo Richter, the man of mystery from Brockmann's earlier romances ( , etc.), Cosmo must share the limelight with Jules Cassidy, a gay FBI agent and also a recurring character in Brockmann's books. Both Cosmo and Jules are charged with safeguarding hot Hollywood producer Jane Chadwick, who has come under fire (literally) for making a movie dealing with two gay war heroes. A few contrived plot twists find Cosmo and Jane initially butting heads, then coming together as friends and finally burning up the sheets as lovers. More compelling is Jules's struggle to stay away from his egocentric ex, an actor who conveniently lands a starring role in Jane's film, and from Jane's brother Robin, who's so deep in the closet that he has turned to drink. At times, Brockmann goes too far in pushing her agenda—even Cosmo is a card-carrying member of PFLAG who, thanks to his gay father, "can name every Barbara Streisand album ever made"—and readers won't need second sight to foresee the story's twists. Still, Brockmann's uncanny ability to give each character an authentic voice and dialogue to match will pull readers through this shaky installment.