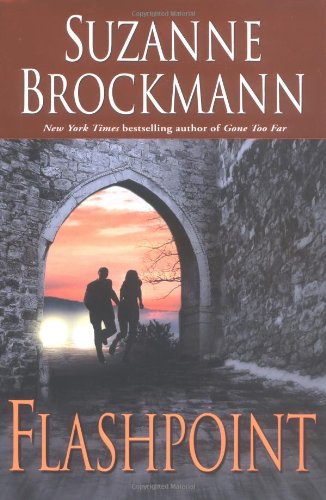 Veteran romantic-suspense novelist Brockmann serves up a heady mix of tension, romance and international intrigue. Readers first meet Agency computer specialist Tess Bailey posing as a topless barmaid in order to save field agent Lawrence Decker from a deadly setup. After she and gorgeous macho agent Diego "Jimmy" Nash succeed in rescuing Decker, they celebrate with a steamy one-night stand that they both later regret. Months later, Tess quits when she doesn't get the promotion she was promised; conveniently, partners Decker and Nash have quit the Agency as well and have signed on with a covert private agency, Troubleshooters, Incorporated. Assigned to earthquake-ravaged Kazbekistan (aka "The Pit") to retrieve the laptop of al-Qaeda warlord Padsha Bashir, they find themselves in need of a seasoned computer hacker: enter Tess. Player Nash is a bundle of nerves around Tess (he really likes her!), and Decker is smitten as well: it's the perfect love triangle. As Tess juggles the dangerous assignment and the affections of both men, Sophia, a mysterious woman who avenges her hatred of Padsha during the earthquake, asks their help in fleeing the country. Car bombs, shady American reporters, police interrogations, aftershocks and hot sex complicate matters, but it's a hotel ambush and Tess's kidnapping that sends both men on the rescue effort of their lives. Their brisk success allows the romantic entanglement to resume center stage, where, as far as romance fans are concerned, it belongs.