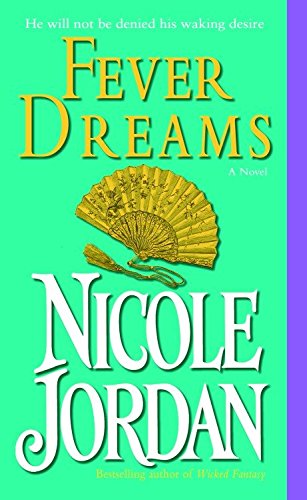 In the fourth book of her Paradise series, Jordan backgrounds the series' mythology, which centers on a secret band of noble warriors called the Guardians of the Sword and its attendant subplots, leaving a generic man-at-arms/damsel-in-distress story in its place. Guardian Alex Ryder has carried a torch for the lovely Lady Eve Seymour since before he was a knight—and before Lady Eve was a Seymour. Newly widowed of her wealthy, selfish husband, Eve fears men and intimacy, but her sister, Claire Montlow, concocts a plan to help Alex win Eve's love. Asking Eve to play matchmaker for Alex, Claire knows that Eve will be forced to confront her love for him. It doesn't hurt Alex's case that somebody is intent on killing Eve, allowing him to flex his Guardian skills protecting her. Readers who enjoy heroes in pursuit may enjoy this one, but the backstory makes this a weak series entry. Eve can frustrate with her refusal to recognize Alex's obvious overtures, but Jordan's prose still waxes purple in plentiful love scenes.