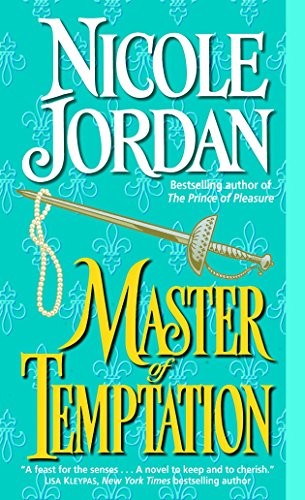 Jordan's newest Regency-era romance (after ) is appropriately set on the fictional Mediterranean island of Cyrene, which is headquarters to the clandestine Guardians of the Sword. Formed in the Dark Ages by legendary British warriors exiled to the island, the "secret society of protectors" now operates with input from Britain's Foreign Office. The first time war hero Max Leighton visits the island, he shares an intimate night with the enigmatic healer Caro Evers. Neither forgets that night, and when their paths cross again a year later—after Max agrees to help the Guardians rescue a kidnapped noblewoman—they pick up where they left off. Although Max is determined to win Caro's heart, she believes he wouldn't want her if he knew her secret: she's not only a healer but a well-trained Guardian. As the author illustrates time and again, however, Caro isn't immune to Max's charms, and the two fill the pages with love scenes to the point of redundancy. More compelling is their emotional relationship, which plays upon Caro's insecurities and Max's nightmares of war. Although the kidnapping subplot is merely a device to bring Max and Caro together, readers who prefer their romances more sexy than suspenseful and more fantastical than historically accurate will savor this sensual feast.