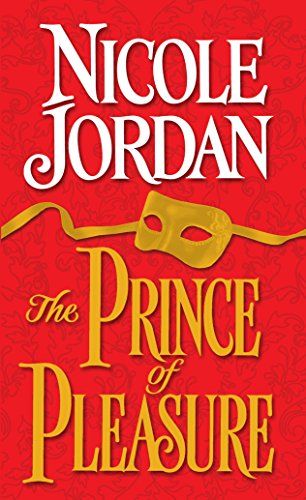 THE PRINCE OF PLEASURE

Lush scenes of lovemaking spice up Jordan's newest Regency-era romance (following ), which chronicles the hunt for master criminal and spy Lord Caliban. This time Caliban's adversary is English marquess Dare North, the notorious Prince of Pleasure. After losing his heart many years earlier to a woman whom he thought betrayed him, Dare is generous only with his body in his entanglements with women. But when he discovers his former love, Julienne Laurent, is the breathtaking actress who has London at her feet—and who may have ties to Lord Caliban—Dare decides to mix the business of spying with the pleasure of revenge. Caught by a public exchange of wagers and determined to take her own vengeance for her broken dreams, Julienne defiantly engages Dare in sensual warfare. Mistrust, past hurts and anger form walls around the protagonists' hearts, but as Dare's investigation of Caliban forces the couple to become allies, the walls crumble. Jordan draws out the emotional and sexual tension with skill, never losing sight of Dare's and Julienne's deeper feelings even during the most sizzling of bedroom games. Each one of Jordan's books has been richer than the last, and readers who prefer their historical romances liberally seasoned with fiery passion will jump on her fan wagon. ()