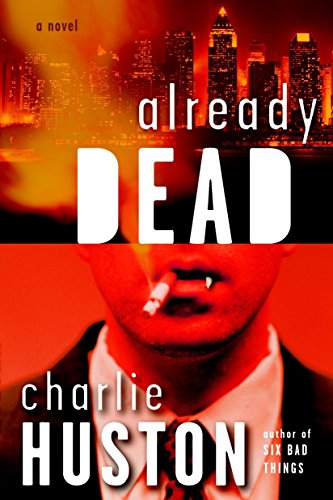 After two hard-boiled hits, and , Huston does an irresistible and fiendishly original take on the vampire myth. Manhattan is teeming with the undead, the island divided into often-warring vampire clans such as the Society, the Hood and the Enclave. The most powerful is the Coalition, whose goal is to protect its members from public scrutiny and persecution. Rogue PI Joe Pitt (aka Simon), who like all vampires is infected with a virus that requires him to drink blood regularly, is hired by Marilee Horde, a prominent New York socialite, to locate her runaway teenage daughter, Amanda, who may be slumming with homeless goth kids in the East Village. Meanwhile, a "carrier" is on the loose, infecting its victims with a bacterium that turns them into brain-eating zombies. The Coalition wants Pitt to find and destroy the carrier, since the carnage the zombies are causing brings unwanted attention to the undead community. Huston has fun playing with the conventions of the genre, creating his own hip update that will appeal to fans of Quentin Tarantino and alike.