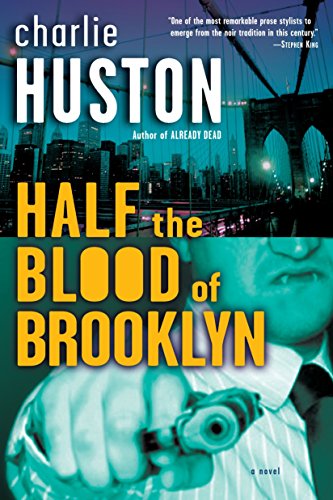 Half the Blood of Brooklyn

Huston’s third Joe Pitt vampire novel (after and ) takes his Manhattan-based hard-boiled hero on a dangerous trip into the undead communities across the bridge in Brooklyn. The various vampire clans in New York are on the brink of conflict. Leadership has fallen apart, and to make things worse, a “Van Helsing” is running amok and has recently murdered a longtime supplier of contraband blood. Worst of all, Pitt’s AIDS-stricken girlfriend, Evie, is in the hospital failing fast. Once again, he’s faced with an almost classical dilemma: infecting her with the vampire virus will destroy the illness that’s killing her, but she’ll be a vampire. Sent to Brooklyn to meet with a rogue clan of carnival freak vampires, Pitt ends up battling a group of radical Jewish bloodsuckers called the lost tribe of Gibeah. As always, Huston’s formidable writing chops are on full display: his action scenes are unparalleled in crime fiction and his dialogue is so hip and dead-on that Elmore Leonard should be getting nervous.