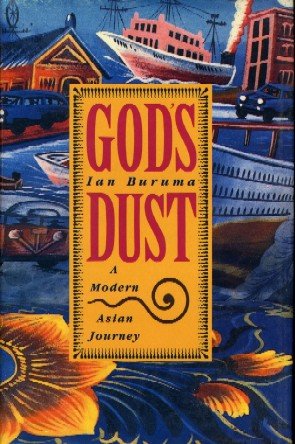 Buruma ( Behind the Mask ) writes with trenchant skepticism yet implicit sympathy about the ``cultural confusion, the endless searching for meaning and national identity'' in contemporary Burma, Thailand, the Philippines, Malaysia, Singapore, Taiwan, South Korea and Japan. As a ``secular European'' and 10-year resident of Hong Kong and Tokyo, he is an ideal observer--objective and respectful, but aggressively inquiring--of these paradoxical nations lately made and unmade by Western influences. Based on a year's travel in Asia, Buruma's essays search past and present for causes and effects of cultural emergence. In Bangkok, ``the same girl who dances to rock 'n' roll on a bar top, wearing nothing but cowboy boots, seemingly a vision of corrupted innocence, will donate part of her earnings to a Buddhist monk the next morning to earn religious merit.'' Her moral gyrations, Buruma argues, are merely pragmatic, reflecting the ``corrupted taste'' of her Western audience. Thai Buddhist fundamentalists eschew most Western ideas as evil, while using ``Western'' slide shows to exhort fellow-Thais to live virtuously (``we must use modern technology to get quick results''). He concludes that in seeking Western-style ``material well-being,'' Thais may ``have lost something'' but have kept their self-respect. A reporter of historical reach, Buruma comprehensively and concisely brings the East's ``mystery'' down to earth. Political analysis may take the place of descriptive passages customary in travelogues, but the author grinds no axe. Using his privileged status as informed outsider to question, not mythologize, cultures unfamiliar to us, Buruma offers anyone with a passing or permanent curiosity about Asia much to gain from his definitive work. (June)
close
Details