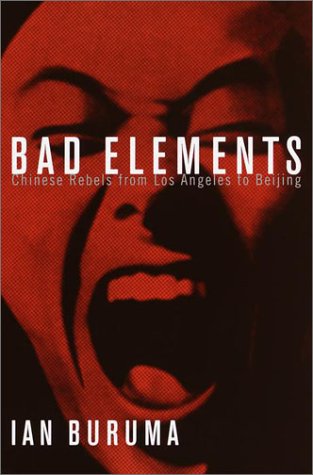 Myths abound about China: all Chinese everywhere are united in a community of enduring culture; Western-style democracy is unsuited to China, as it would bring only chaos and the disruption of unity. In this brilliant report of his encounters with Chinese dissidents, rebels and democrats—those blessed or cursed with "sheer cussedness"—veteran journalist Buruma (, etc.) brings into question such generalizations. There are, it seems, many Chinas and many Chinese willing to risk all in the name of individual freedom and the rule of law. In the U.S., Buruma visits exiled veterans of the 1989 Tiananmen protests who have adjusted well to their new lives and older exiles lost in the impatient busyness of America. He travels to Singapore—an antiseptic and intolerant blend of the market and one-party rule—where dissidents risk not only prison but extreme marginalization within a conformist society. He then moves on to Taiwan, with its lively if banal democracy (of banners and campaign buttons and staged rallies) and the men and women who, under the island's Nationalist Party rule, faced lifetimes of torture, prison and exile to bring democracy to life, and then to Hong Kong, where democrats try to keep the rule of law alive under China's new rulership. Finally, he travels to the center, the motherland, China. Buruma detects the stench of political decay as the Communist Party drifts into dangerous irrelevance, but amid the decay are rebels fighting battles big and small, for the simple right to criticize, the grand right to choose their leaders. Whether he's describing the noble melancholy of an exiled Chinese rebel or the unbridled joy of free elections in Taiwan, Buruma's writing is as elegant as Chinese calligraphy and as potent as Chinese wine. It is hard to imagine anyone in the West beginning to understand China without first reading this book.