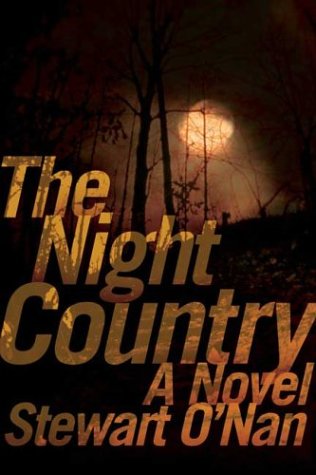 More poignant than terrifying, this contemporary ghost story set in suburban Connecticut focuses on the survivors of a car accident that killed three teenagers on Halloween exactly a year before the novel begins. Tim escaped without a scratch, but seeks to assuage his survivor's guilt on the first anniversary of the event. Kyle, once a teen rebel, is now a brain-damaged shadow (a kind of zombie) of his former self. Brooks, the townie cop who discovered the accident, watches helplessly as his life skids out of control. And most poignant of all, Nancy Sorensen, Kyle's mother, stoically cares for her damaged son and tries to heal a marriage nearly destroyed by grief. These sad characters are haunted in another way as well, by the ghosts of the three killed instantly in the crash: Marco, Toe and Danielle, who address themselves directly to the reader. "We're on a mission," they say, but their objective is never explicitly stated; they just observe as the day's events unfold. Each character's story is told (and, eventually, woven together) in O'Nan's simple, searching prose, which captures the inchoate passion and longing of teenage life as well as the bleak resignation of middle age. O'Nan demonstrates remarkable restraint; there's no grasping for tragic meaning (the accident was "just something random that happened to us, bad luck," according to Marco) or melodrama. Despite some confusing shifts in time—it's occasionally hard to decipher what's happening now and what happened then—a coherent thesis of misfortune emerges: death has many victims, and the ghosts haunting the survivors don't only appear on Halloween.